Largest in Ukraine
Foucault Pendulum
One of the peculiarities of the KPI Library is Foucault pendulum. Its creation was initiated by the administration of NTUU KPI, all the production and installation works were done by the research and production laboratory ‘Didaktik’. The official pendulum opening ceremony was held on February 24, 2011.

The pendulum is quite big construction (pendulum wire longitude is 22 m, ball weight – 43 kg, ball diameter – 28 cm). It attracts all the visitors and shows on practice basic laws of the Earth physics, construction of space system and astronomy. The location of Foucault pendulum at KPI Library is symbolic. For students and researchers at all times library has been the main place for keeping and spreading fundamental theoretical knowledge and science information, the place, where you can find people who think alike. The regular demonstration of a device that shows Earth spin on its axis at the KPI Library is an extraordinary example of how the simple construction has helped to admit and confirm the heliocentric theory of Nicolaus Copernicus, researches and deductions of Galileo Galilei, and other outstanding physics and astronomers of past and present.
The history of pendulum construction is fascinating. It was named after its inventor – famous French scientist Jean Bernard Leon Foucault, born in Paris in 1819 in the family of a known publisher. In early childhood, he was gifted in mechanics. Since he was 13, he constructed scientific toys, which caused extraordinary interest and amusement of adults. For example, almost without tools, using the information from a scientific journal, instincts of scientist and human performance of an adult, he built a boat, a telegraph, and a steam machine. Despite his skills, on the insistence of his father, Jean Bernard gained medical education and even worked for three years as a laboratory assistant at the histology department, where his desire to do experimental physics gradually formed. 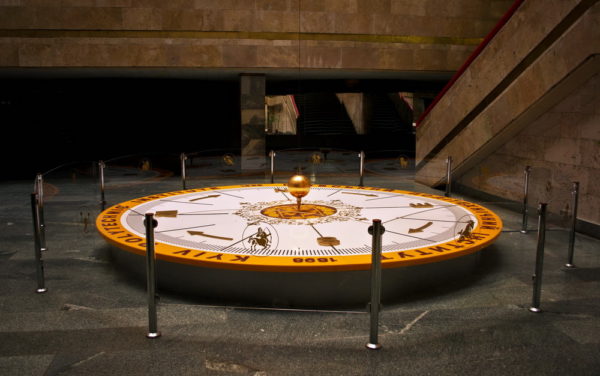 However, the most known among the broad audience mechanism of the scientist is the pendulum which is named after Foucault. The first public demonstration of the mechanism, which confirmed the theory of Earth’s daily rotation for the waste scientific community, explorers and even politicians, was held on April 1851. The public demonstration was initiated by the president of the French Republic Louis Bonaparte. Under the dome of Paris Pantheon, on the steel wire 67 meters long, the ball, sharp at the bottom, weight 28 kilos, was suspended. The pendulum assembly allowed it to pivot in all directions. On a circular pale under the mount point with diameter 6 m the sand was spread. Rotating the pendulum left marks on the sand. That experiment was widely discussed and caused a massive outcry in the academic community and publicity not only in France but in all the leading countries of the world. The interest was caused by the simple construction of mechanism and that it could be repeated after the model and serve to demonstrate Earth rotation on its axis and to confirm the heliocentric system of the world.
Today Foucault pendulums are replicated and have an educational mission in many polytechnic and science museums, scientific observatories, planetariums, university laboratories and libraries all over the world. Apart from the KPI Library, pendulums are constructed in such university libraries as:
• Consortium Library, that serves universities of Alaska State, USA
• Lexington Public Library, Kentucky, USA
• Las Vegas Public Library, Nevada, USA
• Central Library of the Simon Bolivar University, Caracas, Venezuela.

Art Gallery of Portraits
‘Ukrainians in the World’
The four floors of the Library, its halls, and reading rooms, represent a portrait gallery of famous Ukrainians that made a notable contribution to the progress of the world civilization and whose achievements in state policy, science and culture go beyond the Ukraine borders.
The portrait gallery consists of more than 800 portraits of famous Ukrainians, since the Kyivan Rus period till today, whose achievements were acknowledged not only in Ukraine but by the whole world. There are historical and religious activists, scientists, political persons, philosopher, who could live and perform in Ukraine or outside the country but considered themselves as Ukrainians.
Portrait gallery appeared within the framework of ‘Ukrainians in the World’ project, the main goal of which was to collect and preserve valuable personas of the national history of Ukraine and their input to the world civilization progress.
Every day students, researchers and Kyiv citizens – library visitors – have an opportunity to watch portraits of Ukrainians who at various times made a notable contribution to the progress of the world culture, and also can feel and honor the heritage of Ukrainian people. 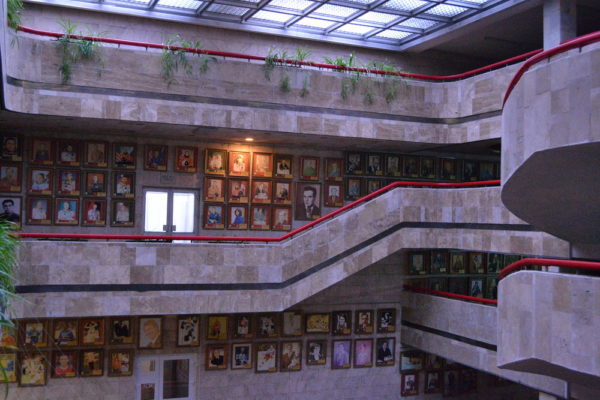 Walls Art at the
Library Halls
Large and bright murals on the walls decorate halls on the four floors of the Library and attract visitors’ attention. They are the background for expositions, concerts, photo shootings, music videos and more.
Famous Ukrainian muralist V. I. Pasyvenko, the laureate of Shevchenko National Prize, ornamented the halls of KPI Library in 1981, the murals were named after general theme ‘Human and Nature’. One element is dedicated to each floor out of the four: first floor – ‘Human and fire’, second – ‘Human and water’, third – ‘Human and earth’, fourth – ‘Human and space’. Murals focus on the reflections on human relationships with nature and harmony in it. Every day they remind to the visitors that the world full of technologies can not exist apart from the life cycle, urban culture does not replace social connections, that human is a part of nature, therefore human has to take care about nature with understanding and use natural resources effectively and wisely.

‘Heavenly Cranes’ Installation
On the first floor of KPI Library, in the lobby, the memorable installation ‘Heavenly Cranes’ is exhibited. It depicts the act of heroism of the Heavenly Hundred Heroes and the deceased ATO heroes from Kyiv Polytechnic. Installation officially opened on February 20, 2017, at the Day of Heavenly Hundred in memory of Heavenly Hundred Heroes and the deceased ATO soldiers to immortalize their deed.
All the composition elements are symbolic. The main symbol is a sky-blue cube as a sign of imperishability, symbol of eternity and infinity. The cranes that fly out the surnames of deceased – immortal souls that symbolize the transition from earth life to eternal life.
Names and surnames of deceased ATO soldiers – Heroes from Kyiv Polytechnic University – are enlisted on another, dark-blue cube.
All elements of the installation are united by the life-affirming slogan ‘Heroes Don’t Die’. 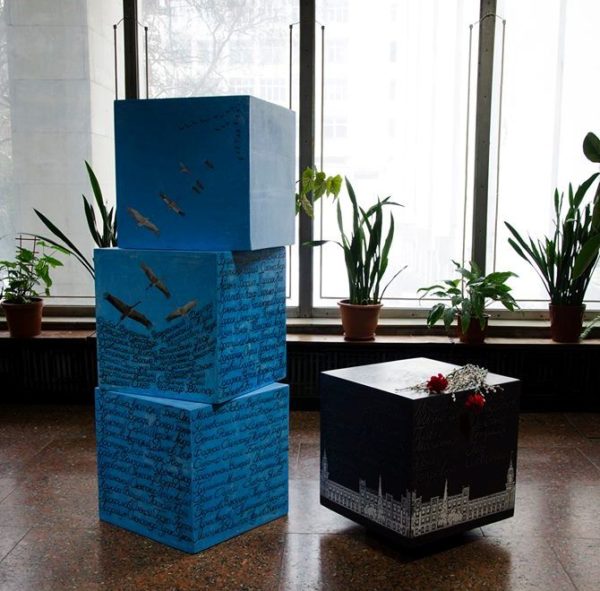 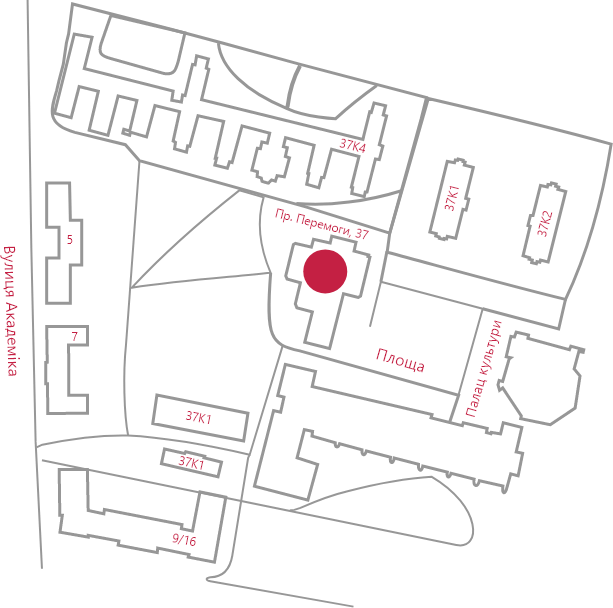 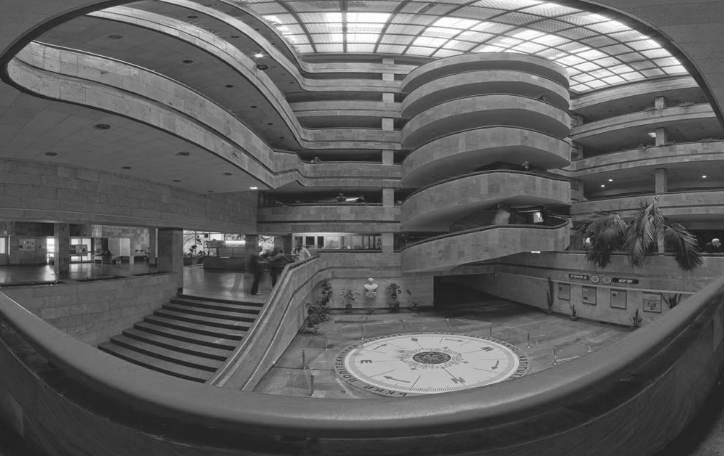